I take on the baton of Blog love from Romila http://novemberschild.com/ 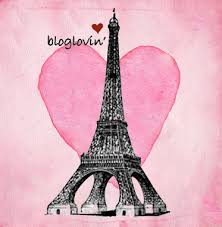 Why I did not become a politician?

I have been brought up in a society which taught me to fight injustice at any cost. It was criminal offence to sit back and be apathetic to injustice happening to others. It was unimaginable to endure oppression and exploitation. Hence the high rhetoric of left ideologies was a natural draw for any starry eyed teenager longing to enter a man’s world. But soon the ugly realities of politics popped up, in the forms of picketing, police lathi-charge, tear-gas. Exploitation of the masses by the leaders to meet their personal ends. Ideology was just an eye wash.

Why I did not become a journalist?

I remember having gone through the turmoil of studying so much in so little time, engineering was somehow not appealing to me. It was a time when the nation was experiencing its greatest test after the emergency. The mandir-masjid was tearing the nation’s psyche into many pieces. The newspapers and the magazines were abreast at their journalistic best, in their endeavour to beat one another. It was mesmerising reads every day. But then again a sudden thought sprung up in me. The journalists are all engrossed in upping their readership oblivious of the nation’s plight. They kept on obviating the reality of the nation losing its plurality, where friends were forced to turn foes on religious lines. Journalism had lost its essence of fighting for principles, humanity and equity. I decided this was not my forte.

Why I love my blog?

I got up today morning, peeped outside to the park ahead. An elderly couple was walking hand-in-hand, the lady struggling to keep pace with her painful arthritic knees. The man was chivalrous to lend her a supporting hand through out, though he was also not in the thick of health. On the other side of the garden were young couples warming up for the Valentine’s Day, roses in hand, kisses in anticipation. I couldn’t do anything else other than write a poem in my blog.

The other day I saw how Obama was being replaced by a moron. Like the billions on this plant I was also worried what is going to happen to us, when an ecstatic maniac holds the button which if presses I’m told that a dozen nuclear bombs would be exploding at various parts of the non-American world. As usual there was nothing I could do about it, but to blog about the same.

So whenever I am stuck up or amused or irritated at various frames that life throws at you, I understand there is nothing I could do about it, but, I could always express myself through my blog. Off late in a world which is hard pressed to put restrictions on what people speak, blogging also is a risky proposition. I’m in solidarity with my brethren in Bangladesh and Pakistan who gets killed for writing blogs. All the more reason for me to love my blog that my country allows me despite all the blasphemy of intolerance to blog whatever I think is right.

But what I like the most about my blog is the fraternity of bloggers I’ve cultivated over the time. They give me the love, the same way I give them. They give me the ideas and prompts looking at what I’m good at. They give the suggestions and comments to keep me going. After all, to quote the famous lines of the hit number from Dionne Warwick – “That’s what friends are for!”

I pass on the baton of blog love to Abhinav Kumar https://styleburp.wordpress.com/